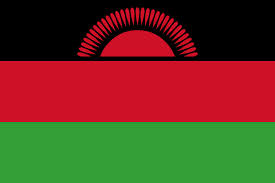 The university will offer five-year bachelor’s degree programs in biomedical studies, chemical engineering and metallurgical engineering, as well as a master’s of science innovation program, according to university council chairman Prof. John Saka.

It will have four schools: the Malawi Institute of Technology, the Ndata School of Climate and Earth Sciences, the Academy of Medical Sciences and the African School of Science and Culture, the latter of which is still under construction.

Mutharika described the university as a “milestone” in Malawi’s quest to promote education as a means of enhancing macroeconomic growth and development.

“The Malawi government realizes that there is a direct link between international competitiveness and invention on one hand and innovation and technology development on the other,” Mutharika said at the inauguration ceremony.

“In fact, globally, it is recognized that science and technology plays a critical role in transforming the lives of people in society… there is no country in the world that has developed or is rapidly developing without applying the principles and practices of science and technology,” he added.

He said the new university would put great responsibility on the staff and students to prove to the nation that investment in science and technology education can make a difference.

“The industry has a critical role to play if this university is to make a positive mark on the country,” the Malawi leader urged.

Education Minister Emmanuel Fabiano described the new university as an institution that would offer hope for the future and development of Malawi.

“It has taken Malawi 33 years to have a second university. But within a couple of years we have managed to establish another two universities,” said Fabiano.

The new university brings to four the number of the country’s public universities.

“Investment in youth education is the best thing this government can do to make their future bright,” Fabiano said.

China, which has fully funded construction of the university with a loan worth $89 million (roughly 31 billion Malawi kwacha), lauded the friendship between Malawi and China and the great results it had produced.

“Today we see the friendship between Malawi and China has produced results. On behalf of the People’s Republic of China, that people [with whom] our friendship started seven years ago, together we have achieved great things,” Chinese Ambassador Zhang Qinqyang said.

“We expect [Chinese] teachers and scholars to be at the university soon to teach. It is the responsibility of all of us to protect the reputation of this great institution,” the ambassador said.